In 1967 – a year ironically considered modern – the race manager of the Boston Marathon attacked Kathrine Switzer to take her out of the race because she was a woman. At the time, it was commonly thought that a woman running such a long distance risked her uterus falling out. Thankfully the race official failed, and Switzer finished (with her uterus). With her triumph over this misogynistic ideal, she also started something massive and profound in our culture. Brave women like her, and men like the other runners who surrounded and protected her helped start the modern era of female participation in sports, including Title IX and the opportunities it created for millions of young women during the past 50 years.

Fast forward to present day, and the story of running is largely a story of women in running. Women are a majority of run-specialty customers, and race participants.  And among the most fascinating subplots of the story is women connecting with one another in meaningful ways. Once limited to neighborhood-based groups, modern social media platforms have opened opportunities for women to connect globally, sharing stories, training tips, encouragement, and inspiration at unlimited scale.

Among those social media innovators are content creators Alysha Flynn (@WhatRunsYou) and Erin Azar (@Mrs.Space.Cadet). Each has a unique, personal journey to running. Azar started in the midst of life-changing events:

“I started running two years ago after having my third baby. I filmed it because I thought I could look back on it and kind of motivate me to keep going,” Azar said.

“When I posted that content to TikTok, it went viral, as I was posting about the relatability side of running in a candid and humorous way. Since then, it’s been impacting other people’s lives which is another reason I keep going.”

Meanwhile, Flynn started as a student-athlete, and with the encouragement of an influential adult:

“I started running back in third grade and ended up doing really well on a test in gym class. When I finished the mile, my gym teacher walked over to me, and I will never forget – he’s a legend in my life. He patted me on the back and said ‘kiddo, you have a place in the world, you’re going to be a runner’,” Flynn said.

For both Azar and Flynn, running has become a space where they can feel safe to share their thoughts and experiences with other women involved in the sport.

“As things progressed, it really became more about not just feeling safe in running, but the people it was bringing to my life, and the value that they were adding to my life,” Flynn said.

Their enthusiasm for running directly translates to the rising success of their popular social media platforms. Azar has 703K TikTok and 68K Instagram followers who engage with her inspirational and often hilarious “Struggle Runner” posts. Meanwhile Flynn shares advice, coaching tips, and inspiration with her 330K TikTok and 22K Instagram followers in order to “help beginner runners take on their identity as a runner”. Both passionate women have ambitious goals for their platforms and consider themselves content creators versus influencers, as they enjoy being true to themselves and celebrating the authenticity of their content.

“If you think of influencers solely as someone who has influence or impact on somebody else, I would say yeah I’m an influencer. I think the overall term would be content creator. I’m creating this content, but I’m not really setting out to influence someone one way, I’m just being myself,” Azar shared.

"As my platforms grew, people would say I was inspiring them or getting them into running. I thought it was really cool, but I didn’t really believe it until I ran the New York City Marathon. I saw everyone there with Mrs. Space Cadet signs, and people were crying, or we were hugging, and that was a huge shift for me.”

Flynn aims for a balance between inspiring the everyday runner and providing advice for the athletes she trains. As a coach and trainer, she’s helped runners meet their goals for more than six years.

For me, sharing content was about trying to share it in a way that made the idea of starting something new feel less scary, and feel safer to ask questions, and know that I was thinking about it from a behavioral perspective,” Flynn said. “I was gathering information not just from my own experience, but from all the athletes that I’ve been coaching. In a lot of ways, I feel like I’m a content creator and I’m sharing content to build trust, and to share things in a way that’s easily digestible.” She continued,

“I do understand that within that space where the trust is already built and you’re working with me one-on-one, I do end up influencing your decisions and I take it so seriously. It’s important to me that all angles are weighed before I share options.”

However, sharing content with such a deep, personal connection is not for the faint of heart. Providing a transparent window into their lives and baring the road bumps in their running journeys to the world can be taxing, but both Azar and Flynn say it’s been worth it. They are not unaware of how their stories fit into the broader story that includes  Katherine Switzer. Continuing the story, Azar and Flynn are breaking boundaries and encouraging more women to begin their own running journeys.

“Running is giving women a sense of community again. Especially with Covid, and with so many new runners coming into the space, finding that sense of community, and realizing it’s giving them something they never even knew they needed,” Flynn said. “It’s never about the run, it’s about the experience as a whole and how that’s serving your life and empowering you in ways that you really didn’t expect.”

“For me, the barrier I’ve faced and continue to face, is the thought of could this be misinterpreted if I share what my goal is because a lot of beginners are looking a pace and comparing? To me, to share my journey, I feel like if I can share it in a way that people understand that goals should be scary, they should challenge you, force you to become another person and build your confidence as you go, then I can share that side of my story too,” Flynn explained.

“I do understand and see that I have been followed by other female coaches as well, and they’ve reached out to me asking how I’ve started doing this. I’ve slowly worked through things over time to try to continue to connect.”

Parallel to Flynn’s journey, Azar started sharing content to relate to beginner runners and humanize the struggles that come with starting a running routine. Many of Azar’s followers credit her with inspiring them to start their own running journey.

“I do feel like as a female in a content creator space, the barrier I find unfortunately is we are judged on the look of our face, and sadly algorithms also judge by the look of their face,” Azar commented. “In a way, I kind of appreciate that a bit because it keeps the type of people who would judge me on my appearance away, and I happen to have a super supportive audience because of it. I feel like males don’t face that same judgement.”

Running specialty stores have been pivotal in shifting the dynamic of female representation in the industry according to both Flynn and Azar.

“I think the specialty stores do agreat job of making you feel comfortable in their store,” Flynn said. “They’rewilling to take what they have in their store and find the best option for you.They see the demographic of who comes into the store”

“I also noticed, in terms ofemployees, there usually is someone in the stores that I’m comfortableapproaching,” Azar added.

As a final thought, Azar and Flynn reflected on the future of female representation in the running industry and social media sphere, and their own contributions to the space.

“I think as we redefine self-care, to not just be manicures and bubble baths, having mom’s or other women understand that they need to take care of themselves too, it can be getting out for a run and getting your blood flowing with time to yourself in fresh air. If you have people like me and Coach Alysha, or even other influencers or store owners being more open and talking about that positive impact, I feel like it’s just going to flood the market and sport even more. Just to show that you belong here too,” Azar said.

“To me, that feeling [of connecting with fellow runners] has never gotten old. Every single time, it’s new and different, it’s resonating something different in the person. That’s why I love pacing and helping someone live in their race getting through the miles, because it brings so much joy to watch. I love feeling that sense of community. That feeling of connecting goes back to that sensation that I have a safe space and a new home,” Flynn concluded. 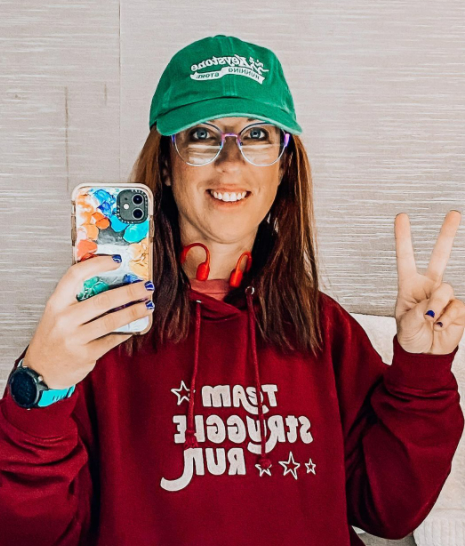 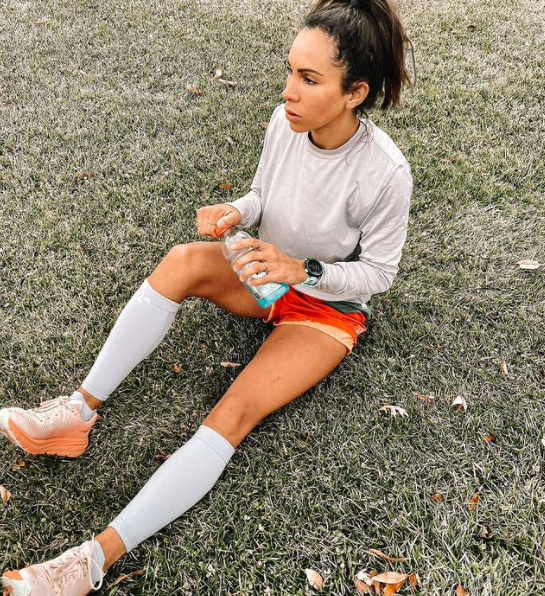 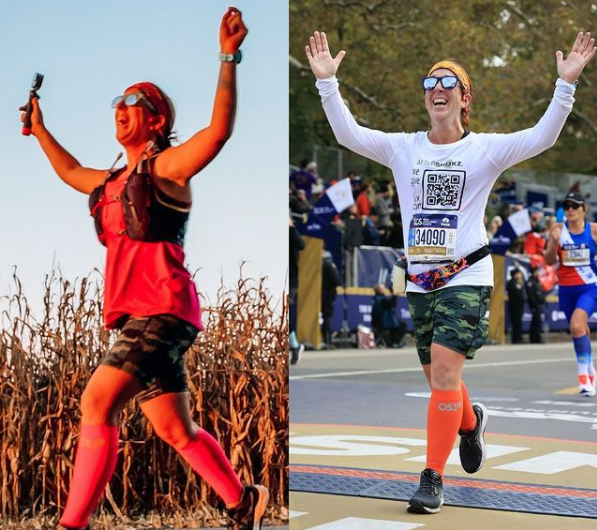 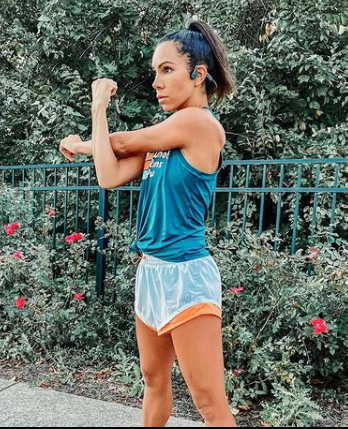